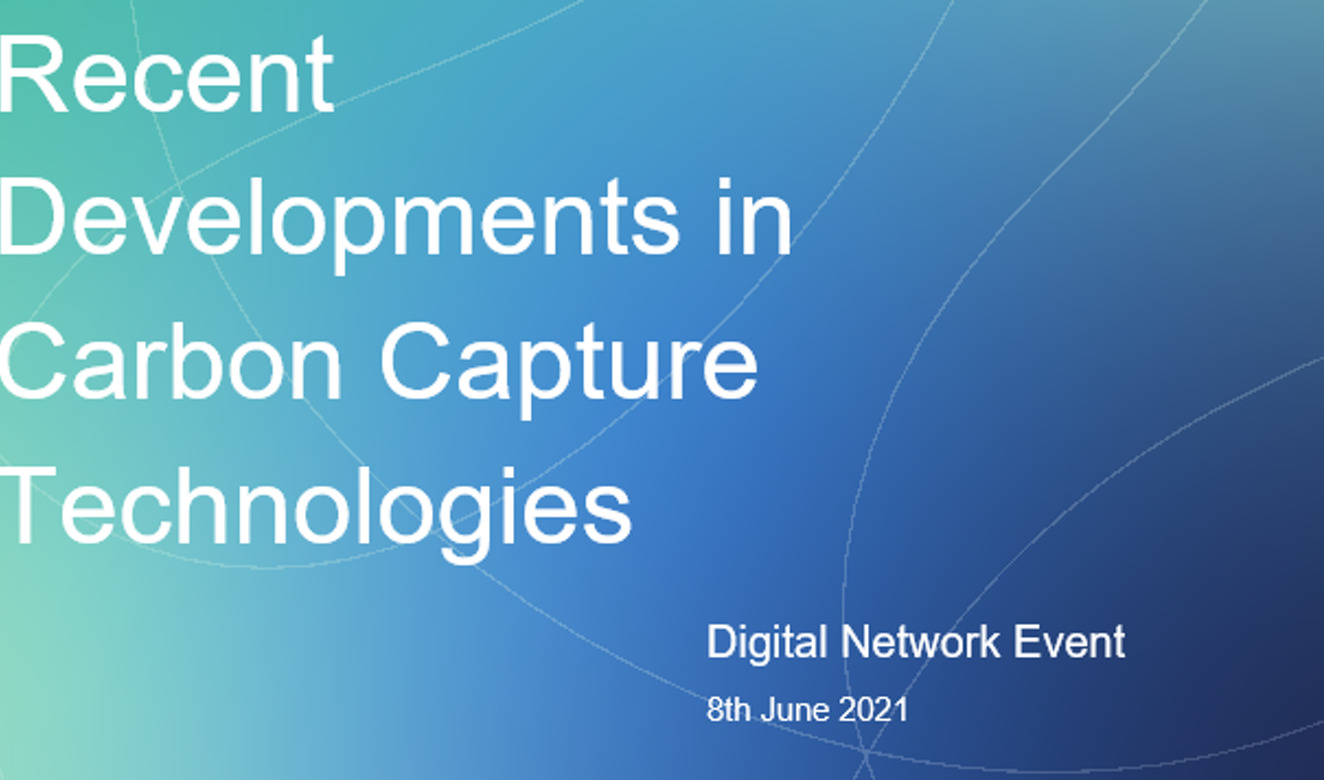 What do clathrates have in store for us?

What do clathrates have in store for us?

There are already a number of technologies available for CO2-capture. But in order to reach a carbon neutral industry by 2050, more and better novel technologies are most welcome.

Clathrates look promising in this respect, although their application is still under development. What is the potential of clathrates to bring waste carbon to value? This was discussed during the Carbon2Value webinar on June 8, 2021.

This webinar was hosted by the Institute for Sustainable Process Technology (ISPT) and attended by 130 people. They came from countries involved in the project such as The Netherlands, Belgium, UK and France, but also from Sweden, Latvia and India. 31% of attendants were scientists, 27% came from the energy sector, 15% worked in the Steel industry and the same percentage in chemistry.

All attendants were triggered by the same goals as that of the EU: to have an economy with net zero greenhouse gas emissions by 2050. To attain that goal, reduction, reuse and recycling of the carbon emissions from the steel and cement industries will be vital. Both industries together are responsible for more than half of the industrial CO2 emissions. Especially industrial symbiosis, in which captured emissions from those industries become the feedstock for the chemical industry, could contribute heavily to the circular economy. Capture by retrofit is indispensable to reach that goal.

The earlier, the better

That is already the first part of the answer Jurriaan Boon Ph.D. (TNO) gives to the ‘why’ and ‘how’ of Carbon Capture Utilization & Storage (CCUS) before he dives deeper. Given the need for capture, the conclusion is, that the earlier in the process it is done, the better - as efficiency increases with concentration and the concentration is highest at the sources. For the steel industry this means: capturing cokes oven gas, blast furnace gas and basic oxygen furnace gas.

The innovation potential is huge, as a capital expenditure reduction of for instance 30% capture would mean an annual saving of 17 billion dollars (although the relevant capex/opex ratio was not mentioned in the webinar).

Apart from the existing capture options, there are three promising new technologies on the horizon. the first one is the high temperature option of calcium looping (CASOH). The second process can take place at intermediate temperatures. This potassium carbonate promoted hydrotalcyte is very promising, as the cost of CO2 avoidance lies at 33 euros per ton and the present cost of CO2 emission lies at 50 euros per ton and is only expected to rise. The third contender are variants of the low temperature process involving clathrate hydrates.

That is the domain par excellence of professor Bertrand Chazallon of the Université de Lille. He underlines that clathrate hydrate technologies or Hydrate Based Separation Processes (HBSP) are not entirely new: a process was already patented 24 years ago. It is, however, still imperative to drive down costs to make them economically viable.

Gas hydrates are crystalline compounds that encapsulate gas molecules like cages. CO2 from flue gas mixtures is captured in water cavities. One cubic metre of gas hydrates typically equals 172 cubic metres of gas at room temperature at 1 bar plus 0.8 cubic metre of water. Once process gas is injected, pressure